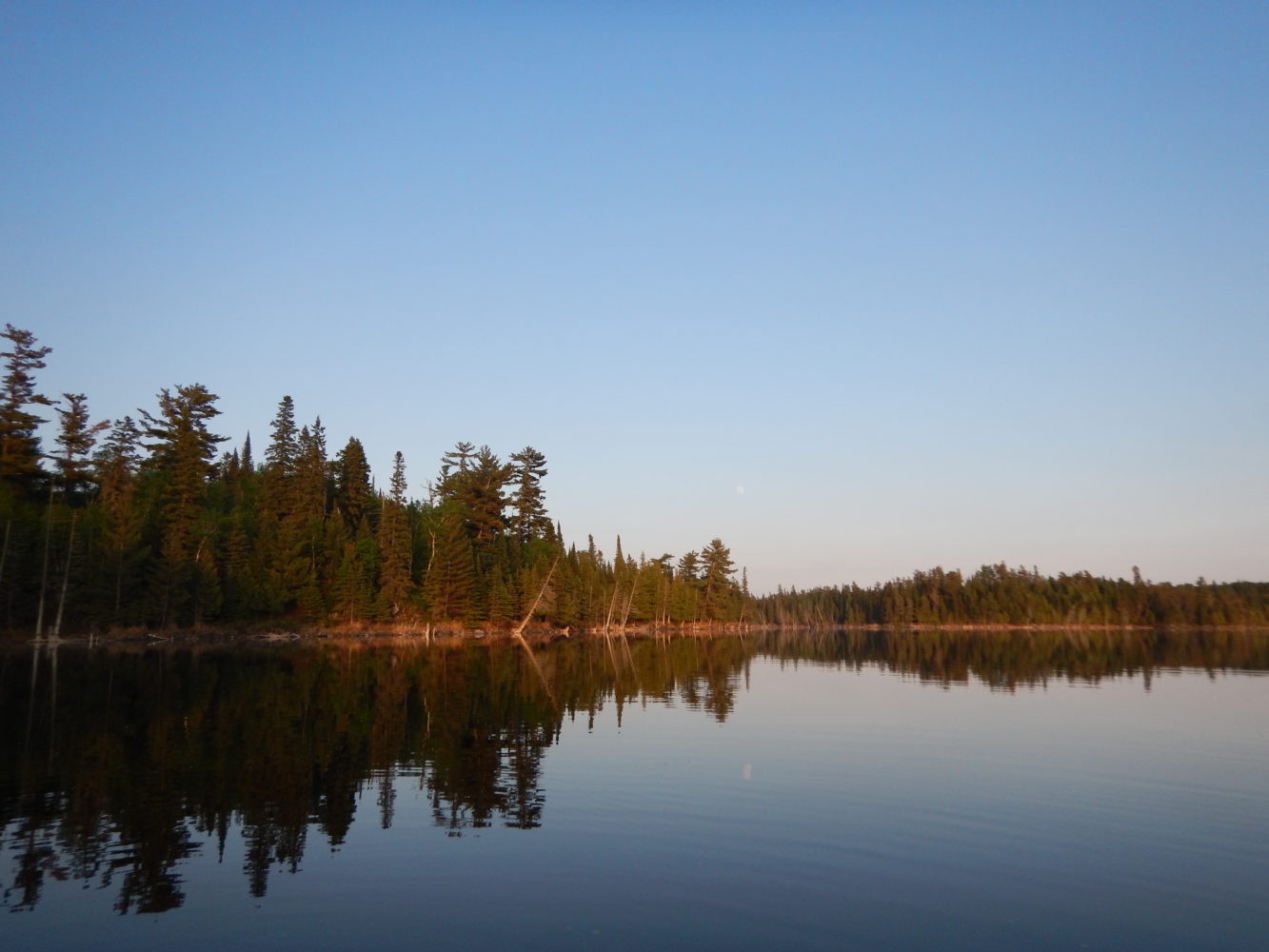 Headed out to my formerly favorite lake, Lyon’s.
I say former because changes in focus on the delivery of services by the hatchery have changed this lake from being the jewel of the stocking program to an also ran.
The drive is still not bad, the launch is easy and the scenery is stunning.

First off a trip to the Whiteshell is not complete without a stop at the Nitehawk Cafe! 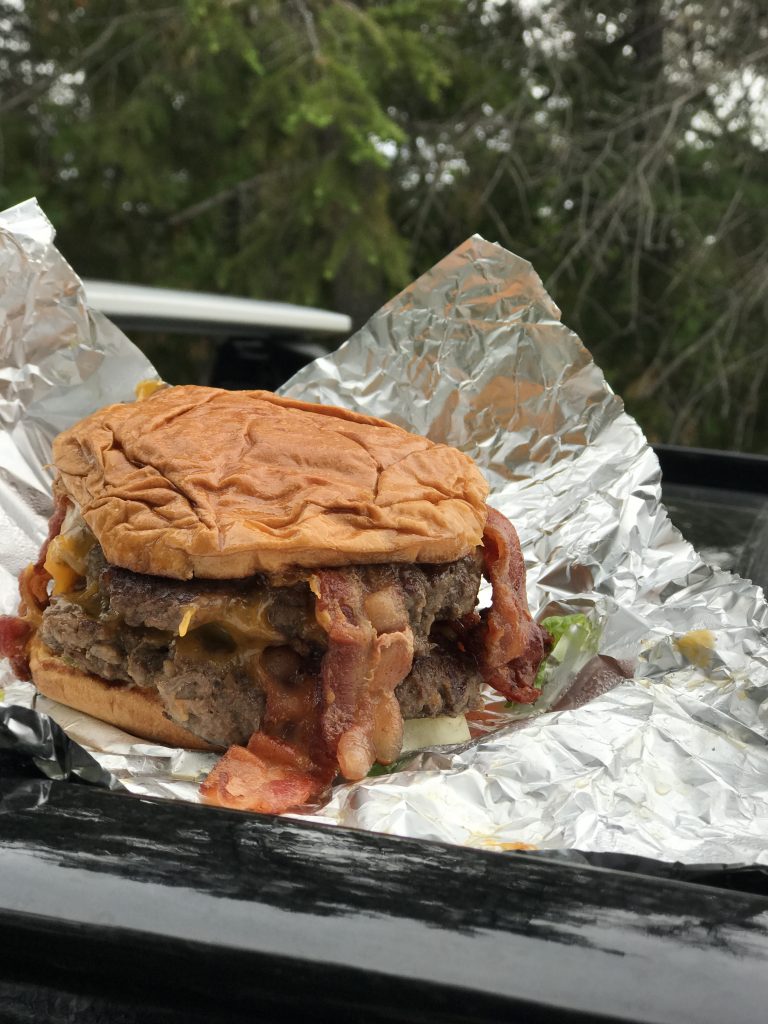 The lake was busy with kayaks and canoes as well as some shore fishing.

After launch I made sure I had the essentials! 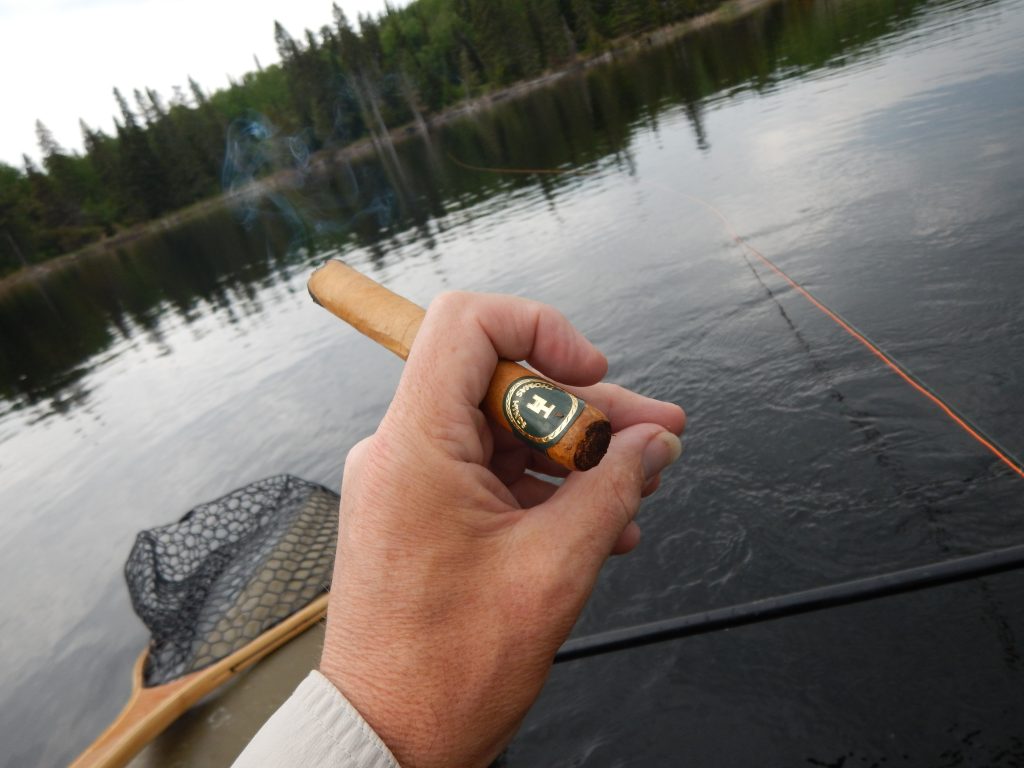 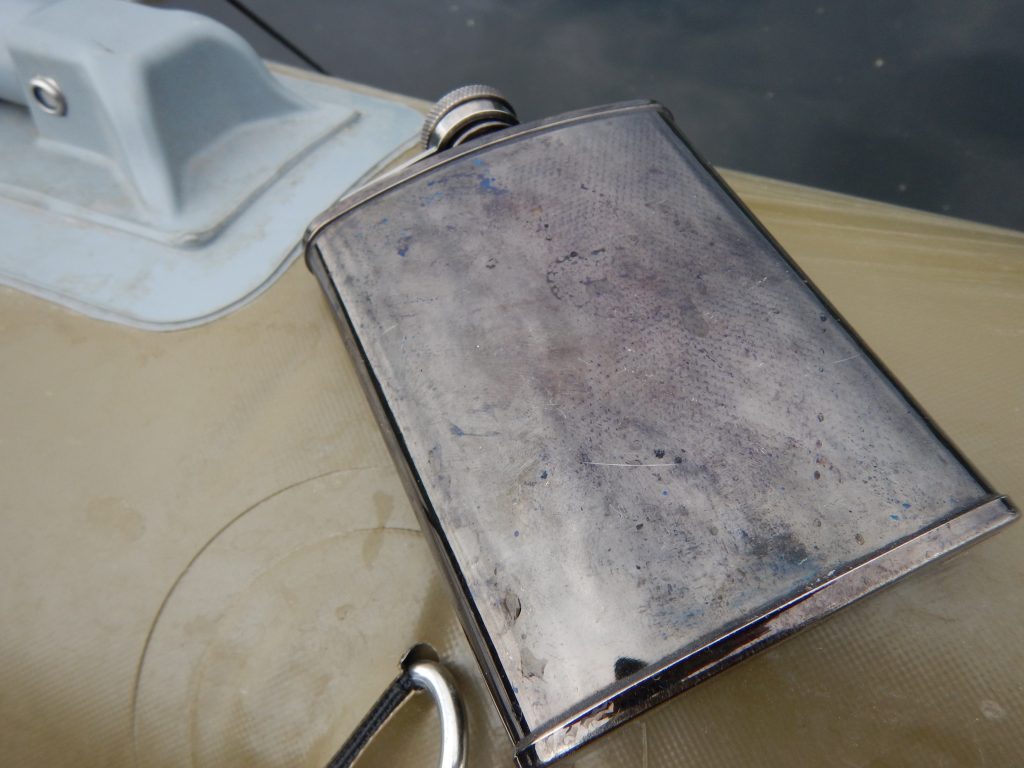 It didn’t bode well as I got a fish on the first cast! 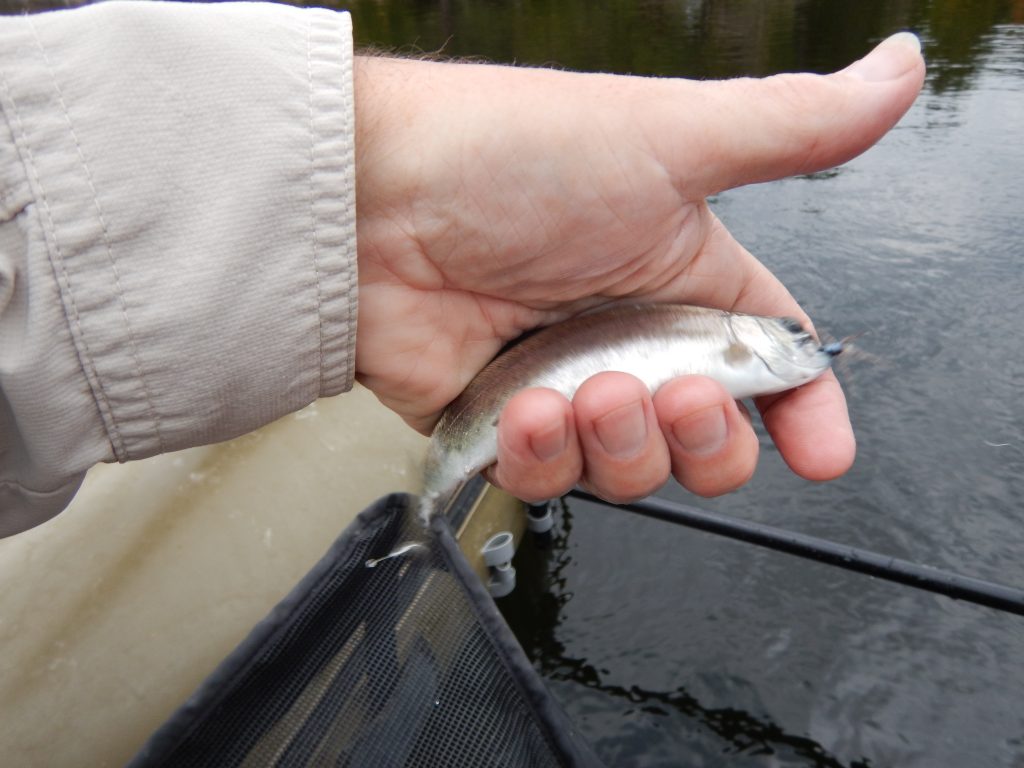 I was to go on catching a few of these. Clones is the best word as they were all the same size. These would be the most recent stockings.

When I started the clouds and light rain boded well but the the sun came out. It got hot fast and the fishing slowed down. But then come the perch that have always been in the lake. 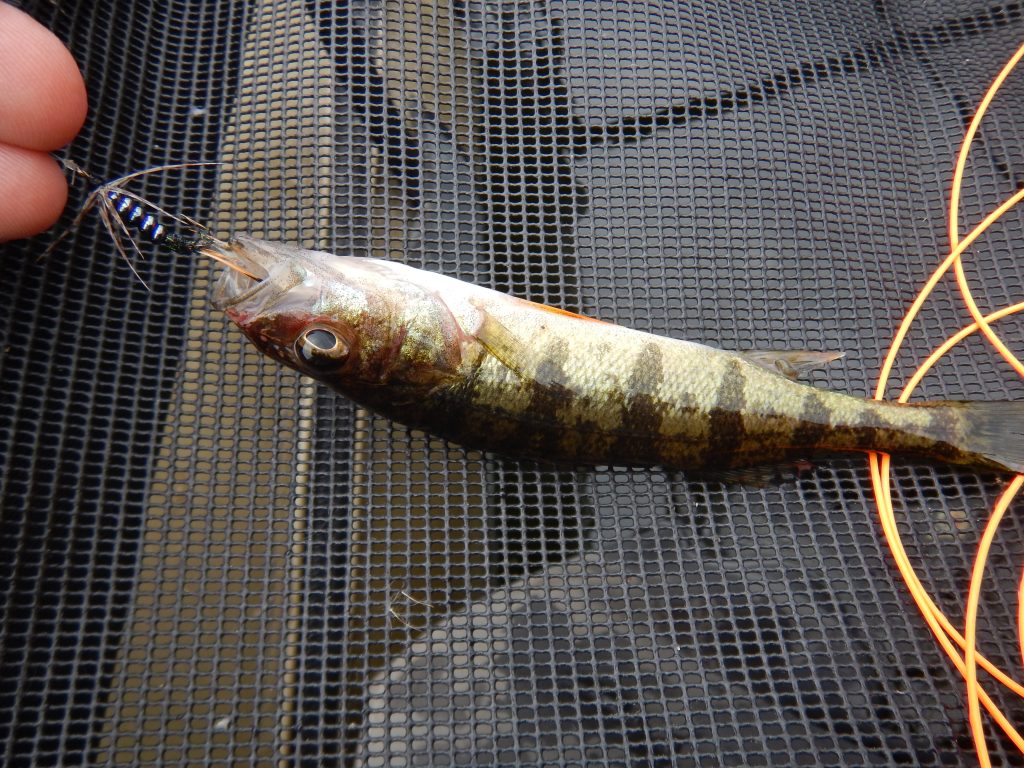 It picked up a bit when the sun dipped. 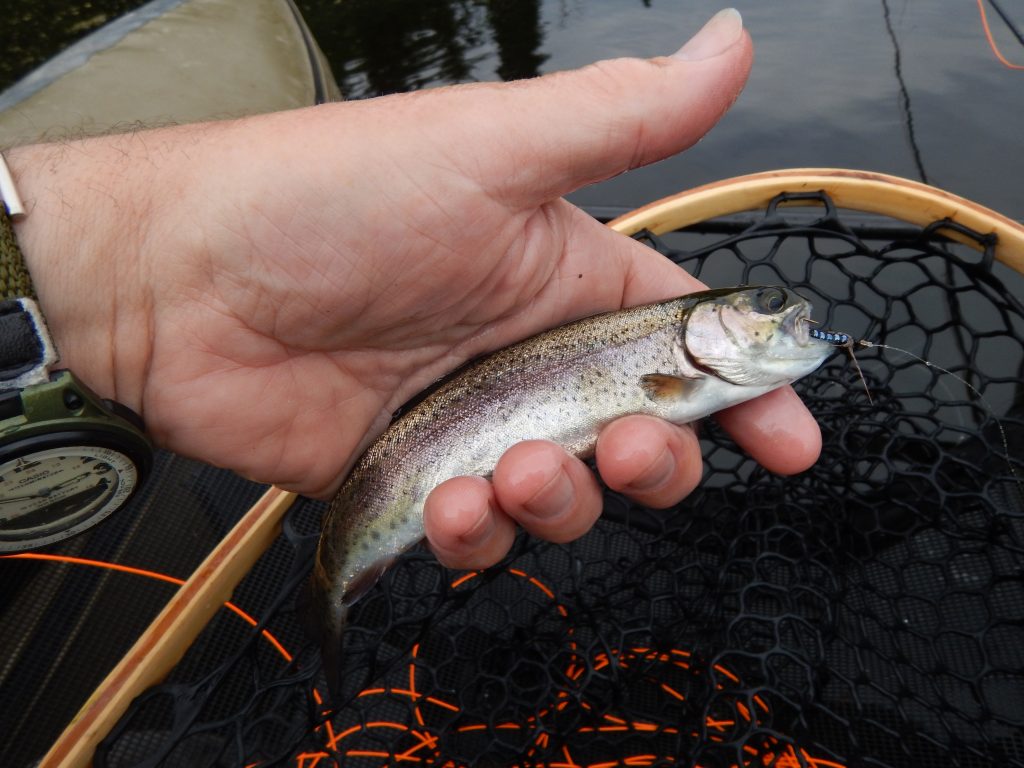 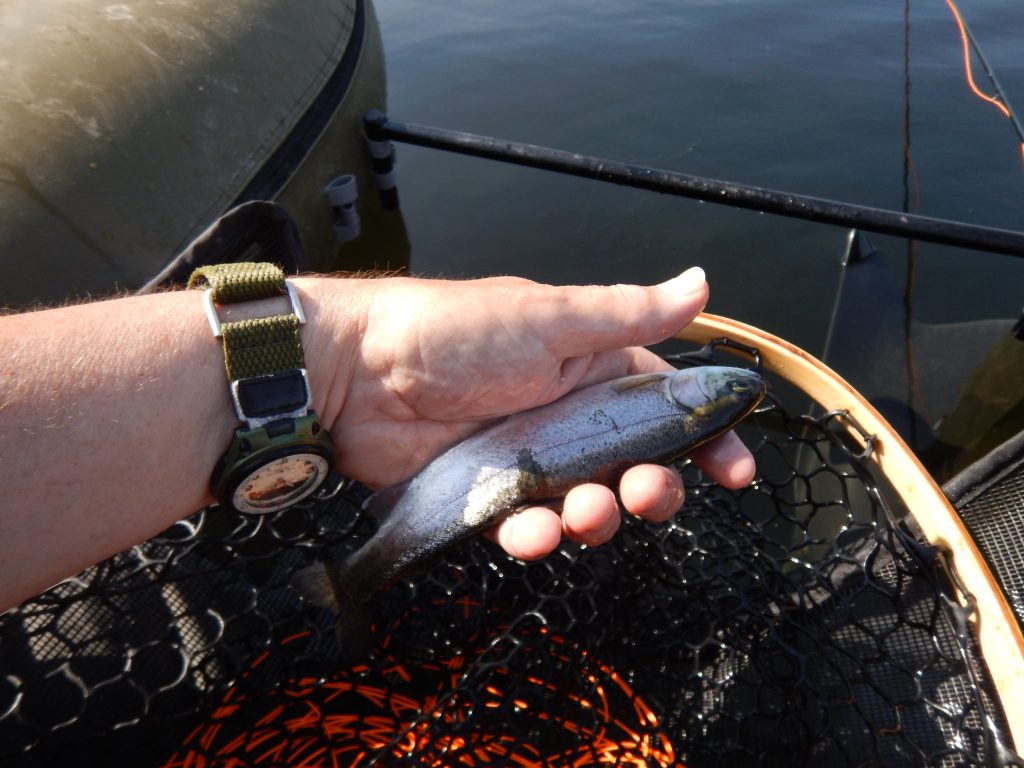 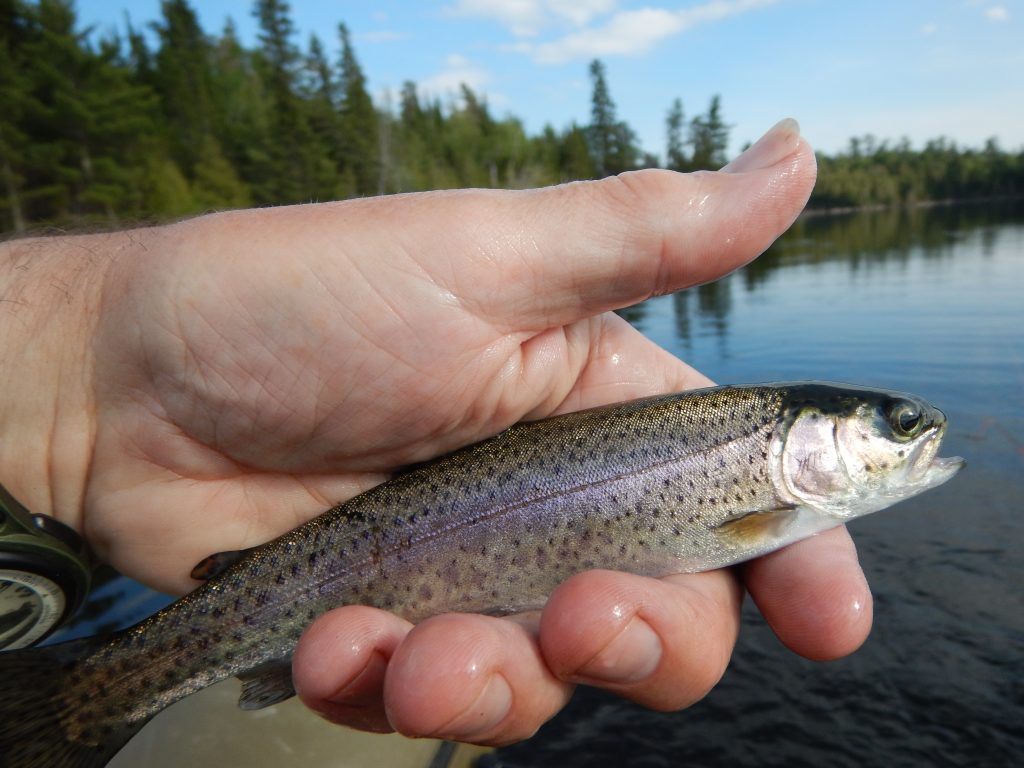 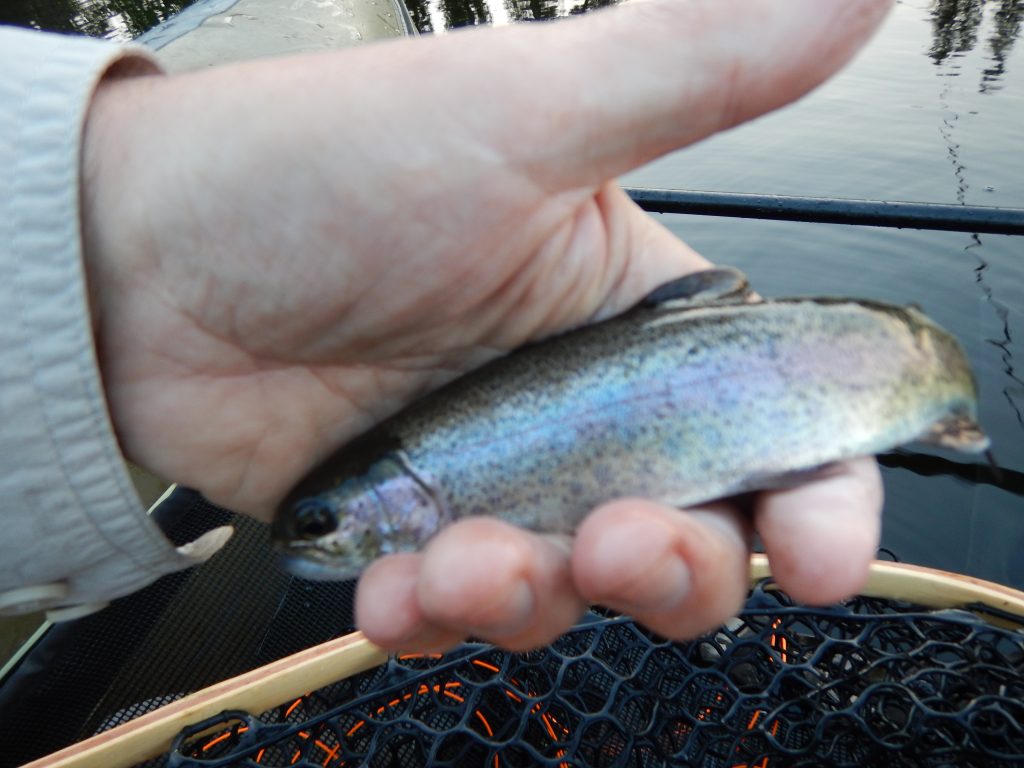 I fished from 2-9:15 and caught a handful of trout fresh from the hatchery (7 in total). Saw one bigger fish work the shallows but that was it. 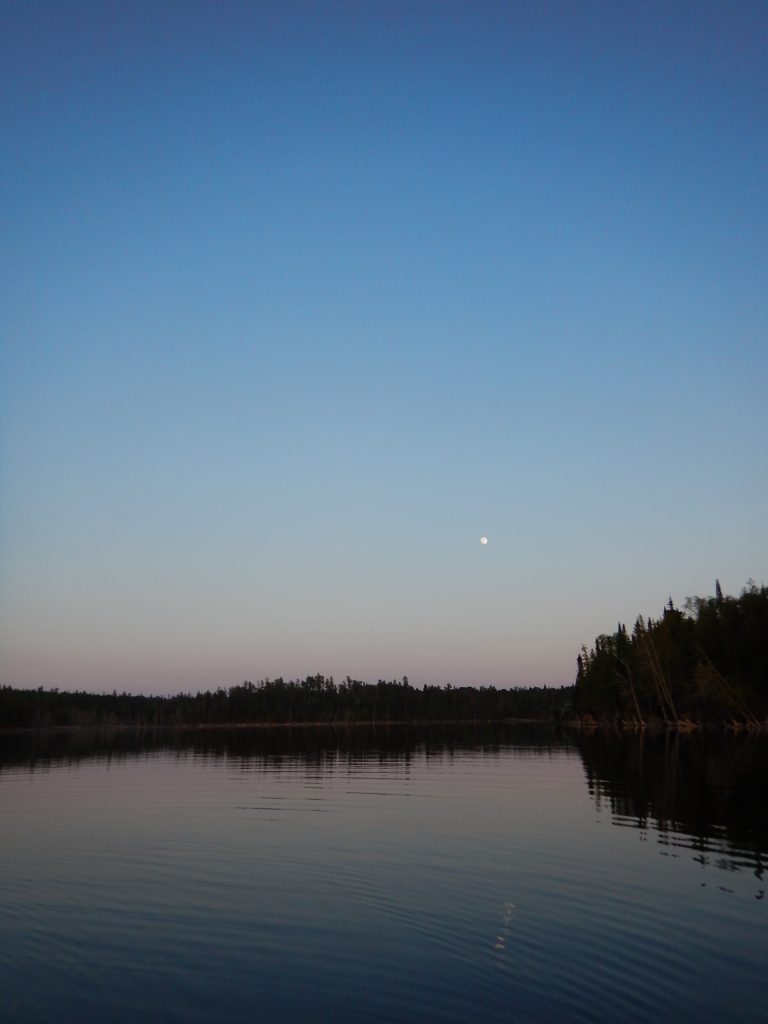 This used to a great lake. Back when a lot less lakes in the province were stocked, this lake got lots of fish. When the attention shifted to making then stocking the aerated lakes in the west, there were less fish to stock. Then the number of lakes in the west boomed. This (and the other Whiteshell Lakes) got zero fish for 2-3 years. The new director, who was clearly more focused on the western lakes, claimed the eastern lakes were ‘over stocked’ for years and used this as a basis for denying these lakes fish. That is when the fishing declined and has stayed pretty crappy and forgettable to this day. Even when the stocking returned (at seriously reduced levels) the lake has never been the same. Now we sit with crappy lakes in the east and a domino of failing aerators and bucket biologists in the west. There are still some good lakes in the west. But a system dependent on pot hole lakes not freezing during our long and cold winter and aerators to prevent winter kill seem precarious at best.
The economic benefits of these trout aquariums has been proven to be a reasonable return on the money via tourism, so there is definitely a need to continue the program. The problem maybe is every reeve and mayor wants a piece of this action and squeaky wheel politics is putting too much emphasis on the west.

I have lost count of all the new stocked trout lakes that have popped up in the west. Some I only hear about because it winter killed when the electricity was off for a few days or some reeve or mayor swapped out a working aerator for one with cost benefits etc.

You know how many new lakes there have been developed in the east in the last 20 years?

And that one is really  (you guessed it) an aerated lake that just winter killed this year.

I am not against the western lakes as they have proven their worth but the Whiteshell lakes have clearly been the ones to suffer. These lakes just need fish. They don’t need aerators and the associated maintenance. They just need fish. The budgets are cut and they don’t have gas for the stocking truck but 2 of these lakes are seconds from the hatchery.

The western lakes provide economic benefit and grow big fish while the east grows smaller fish and the Whiteshell doesn’t need the help. But is that the only reason to stock the water, so you get more tourism?

How about stocking lakes based on  the benefit of ALL Manitobans?

Got a last minute call to guide a visitor from Ontario. He had a trip with friends planned but that got cancelled.

The client got in the water an took off to be left to his own devices (after having me choose a fly and nix the bobber…err…strike indicator.

He decided to go to the enticing back bay that never seems to have fish and I went to where the wind was pounding the shore. 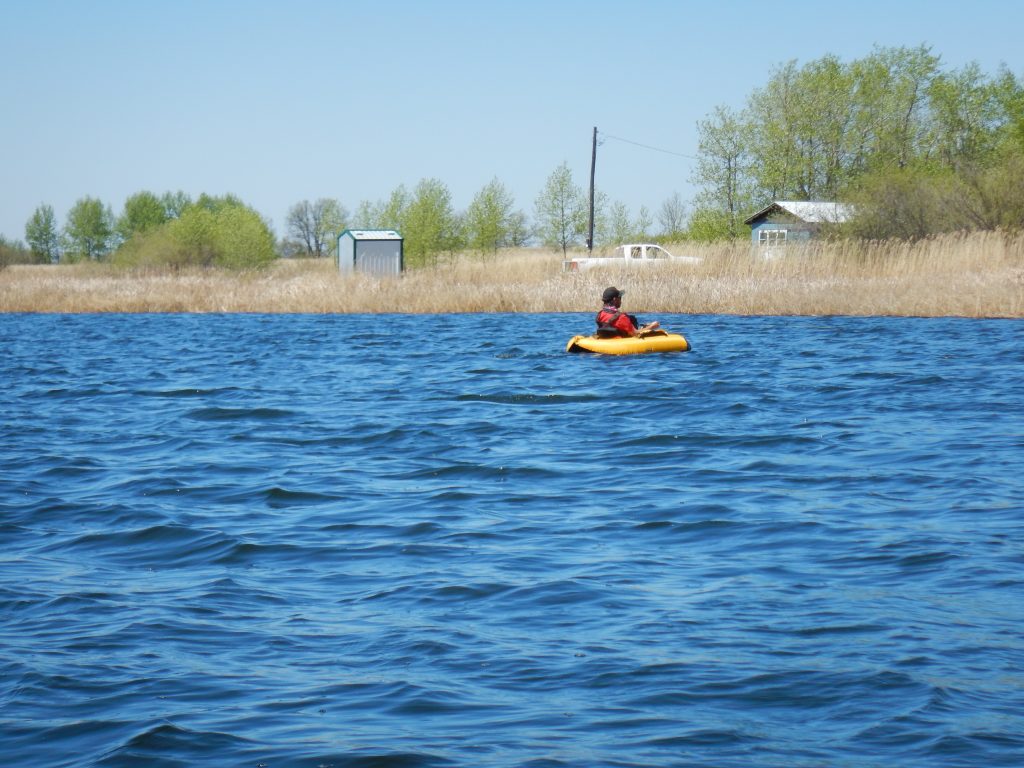 Experimenting with a floating line and a weighted leech pattern and a sinking line with a minnow patter, I got my first fish. A recently stocked rainbow fell to a black muddler. 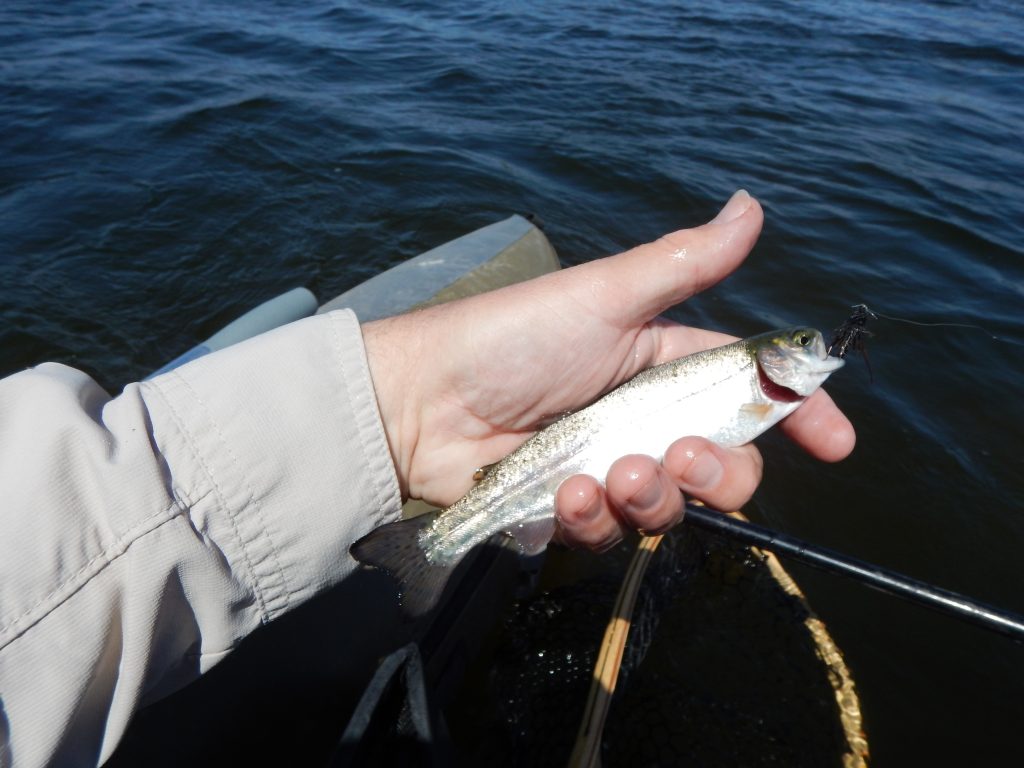 More experimenting got me a nice fat 23″ brown trout on a Sparkly Nymph pattern of my own Design. 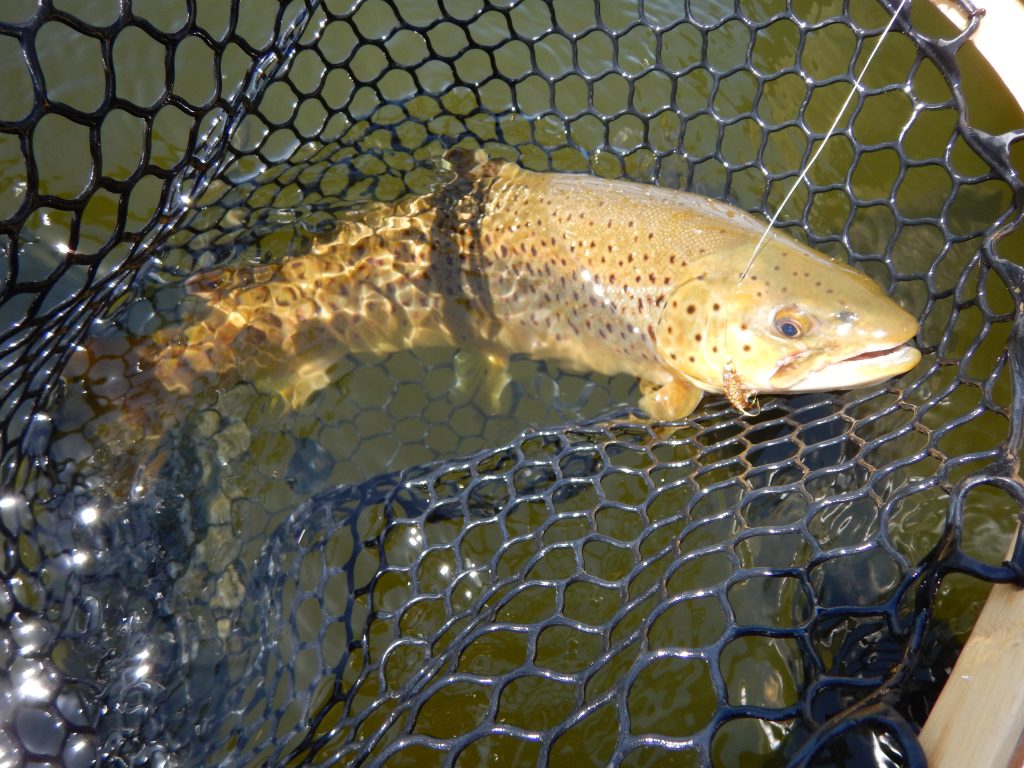 I called the client over after this fish and got him to work the same shore line. As the wind was constant the main trick was to keep kicking into the wind while casting to shore where the fish would tend to be feeding. Even stopping your kicking to fix your gear or tie on a new fly would push you into the weeds and spook the fish. As this was his first time in a float tube, he still managed to get a couple of bows one in the 16″ range. As he was content to be off on his own I did not get any pictures of them. I did manage one more brown. 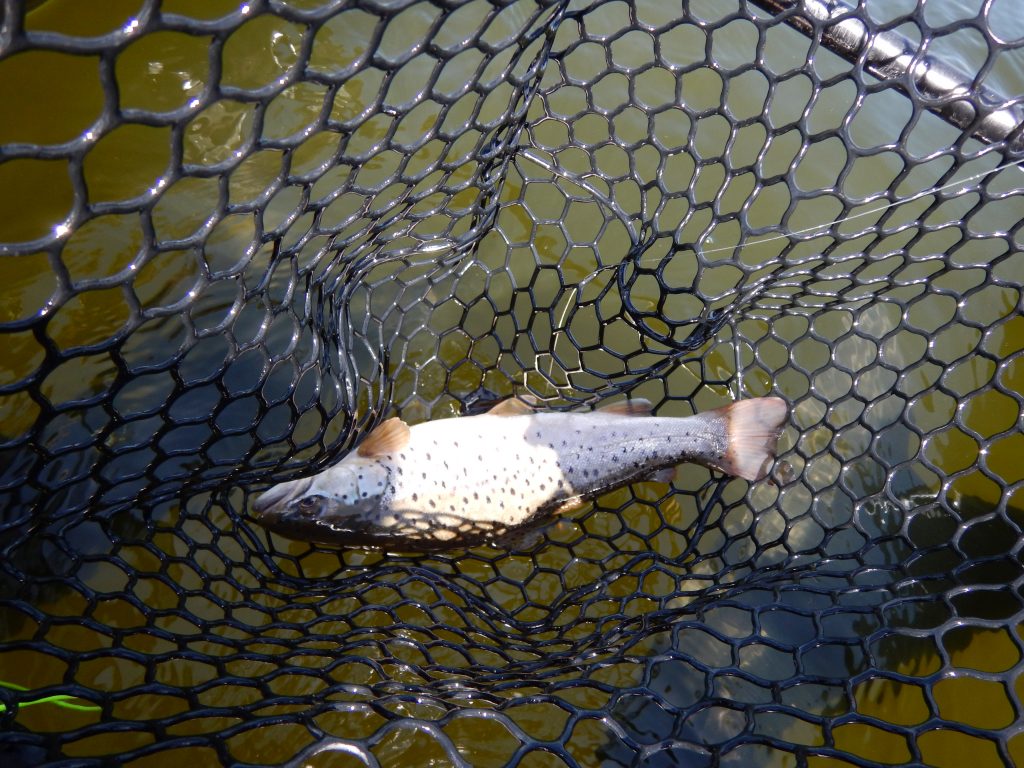 While this was not a classic day on Anton’s we still out fished the trolling gears guys who report anything from 0-1 fish caught.