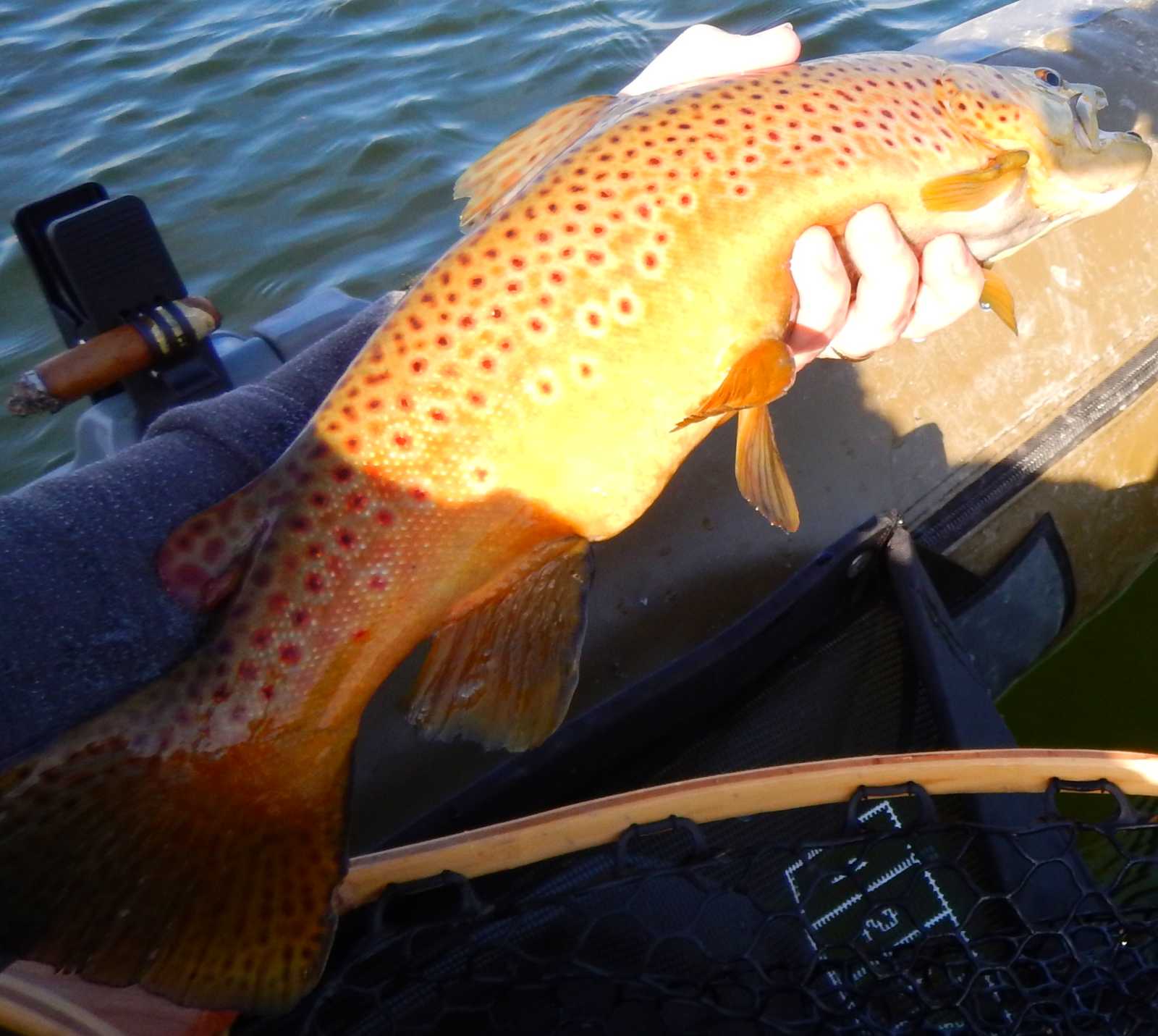 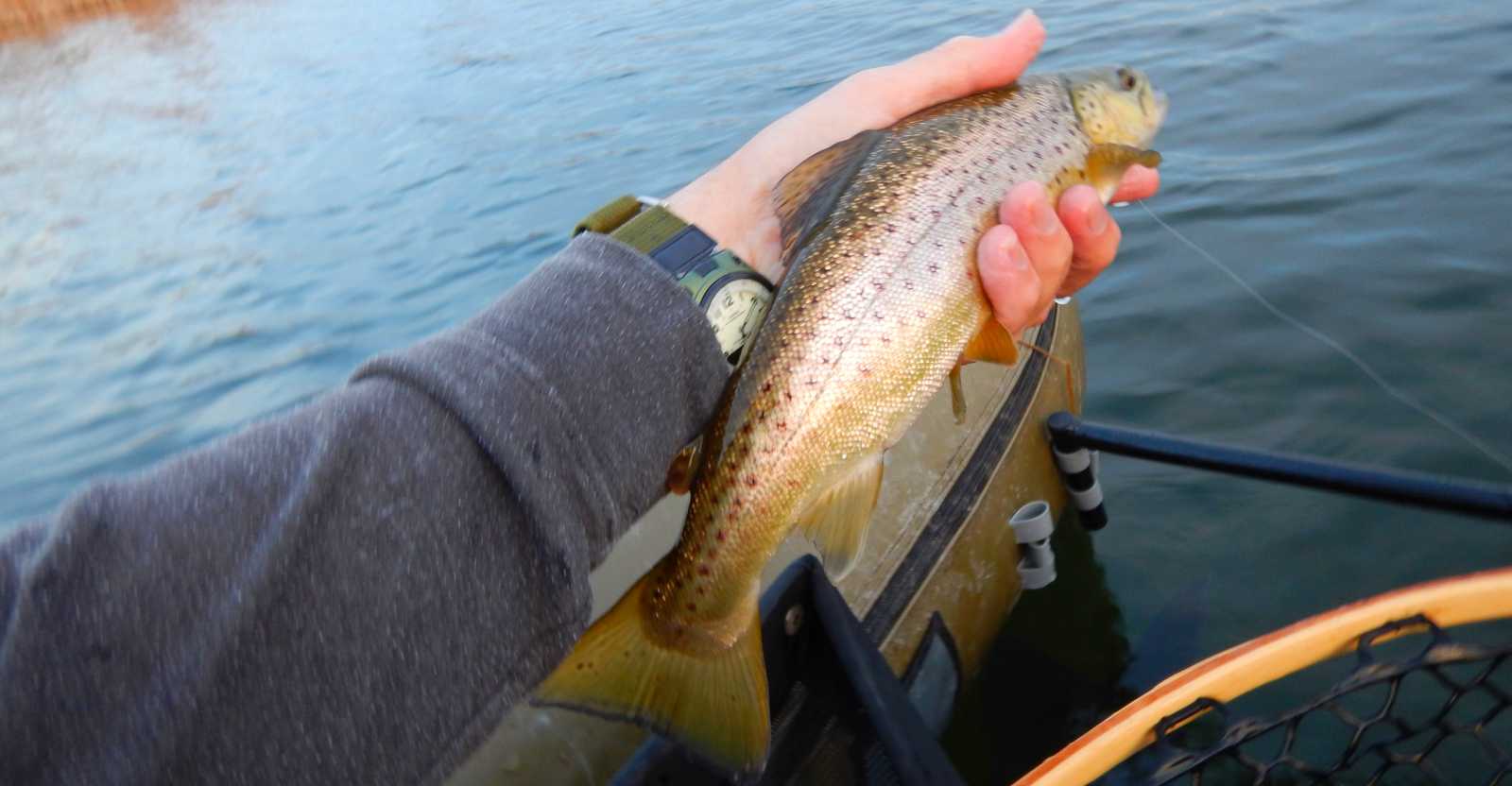 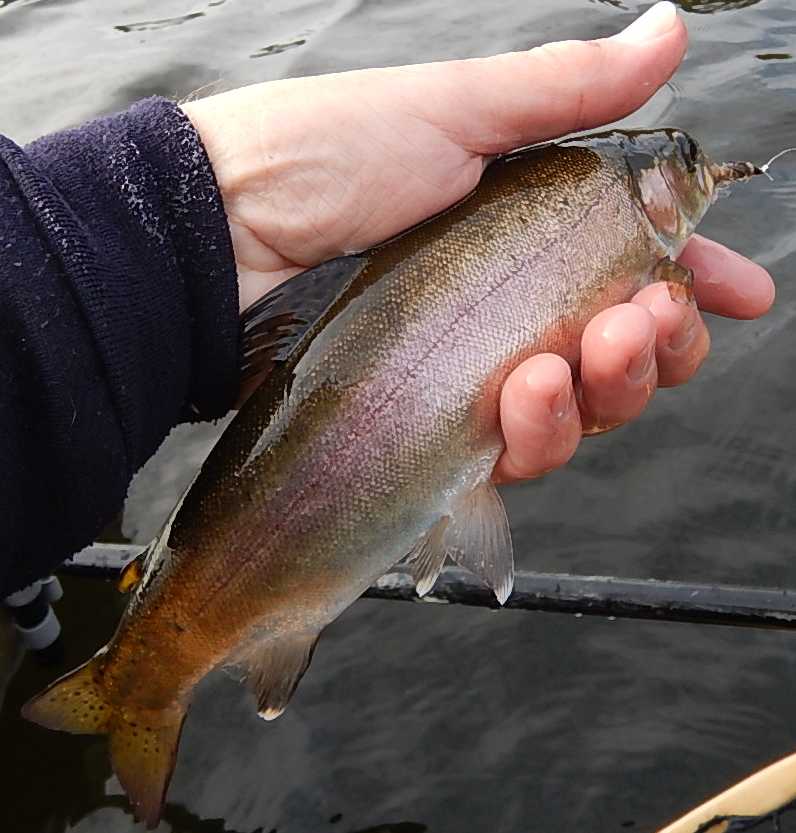 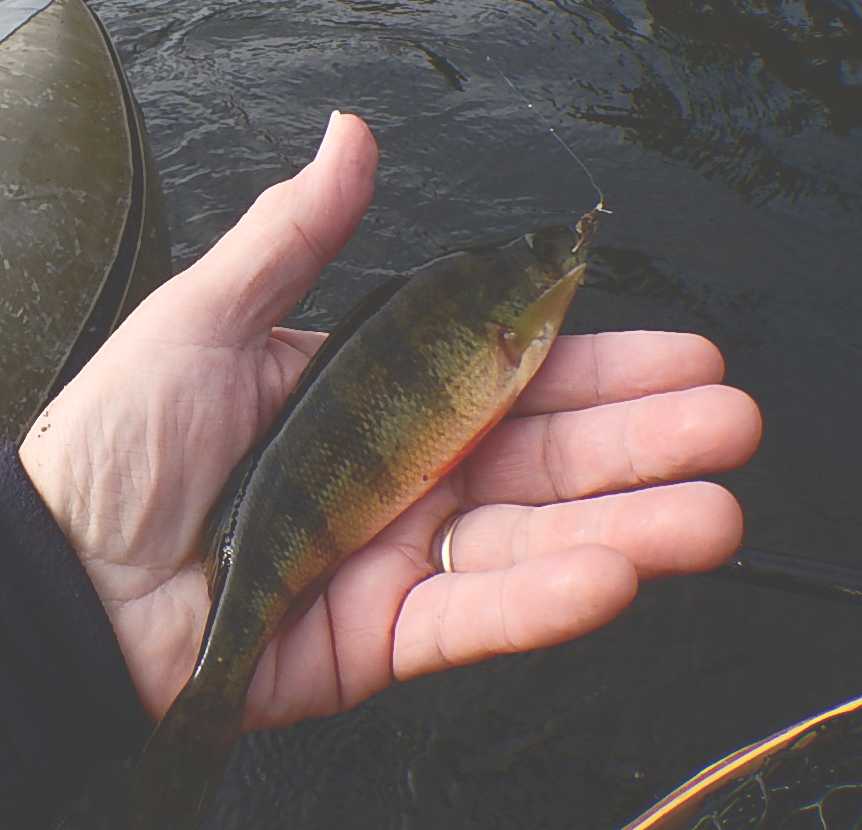 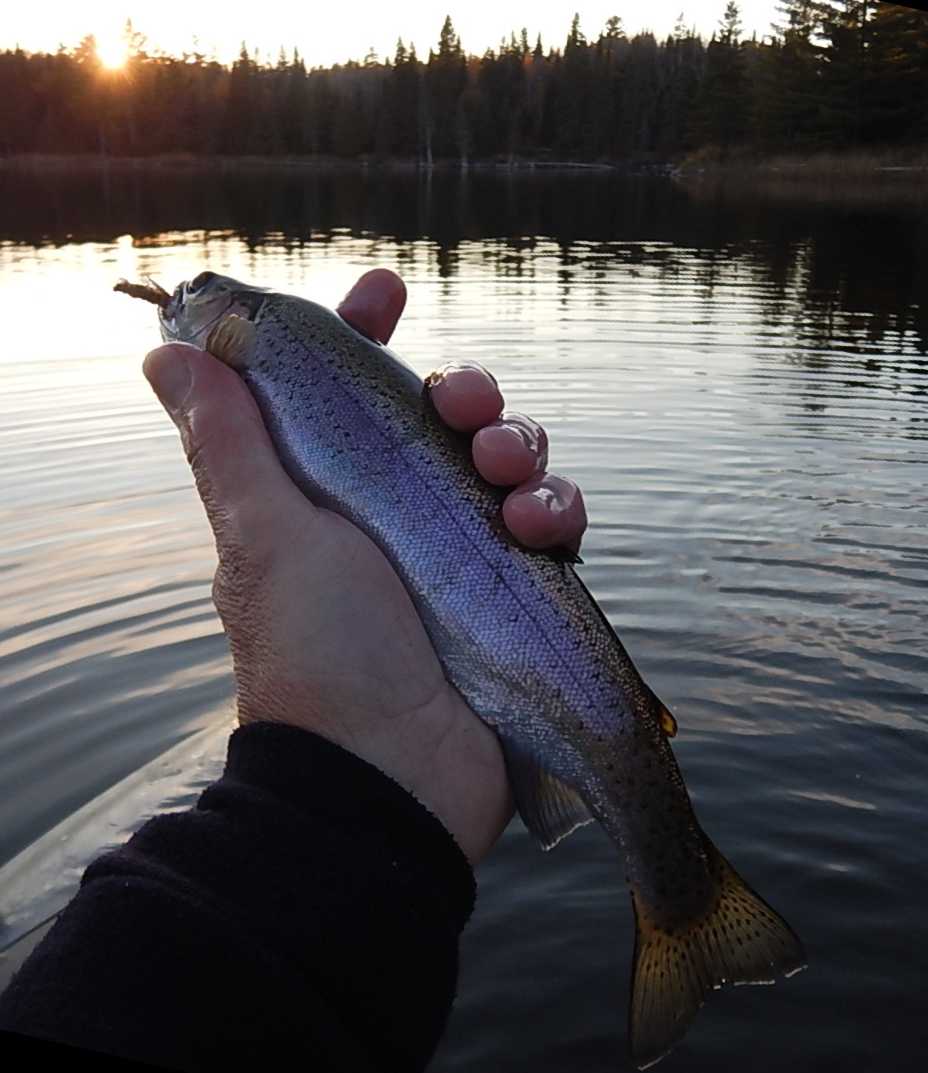 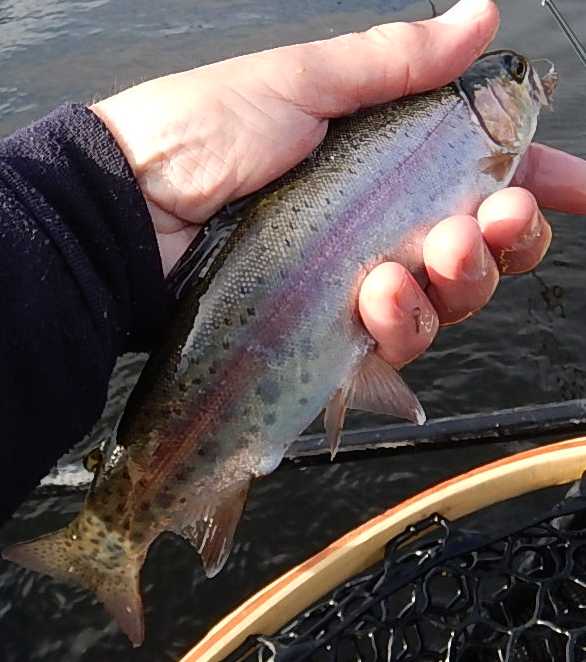 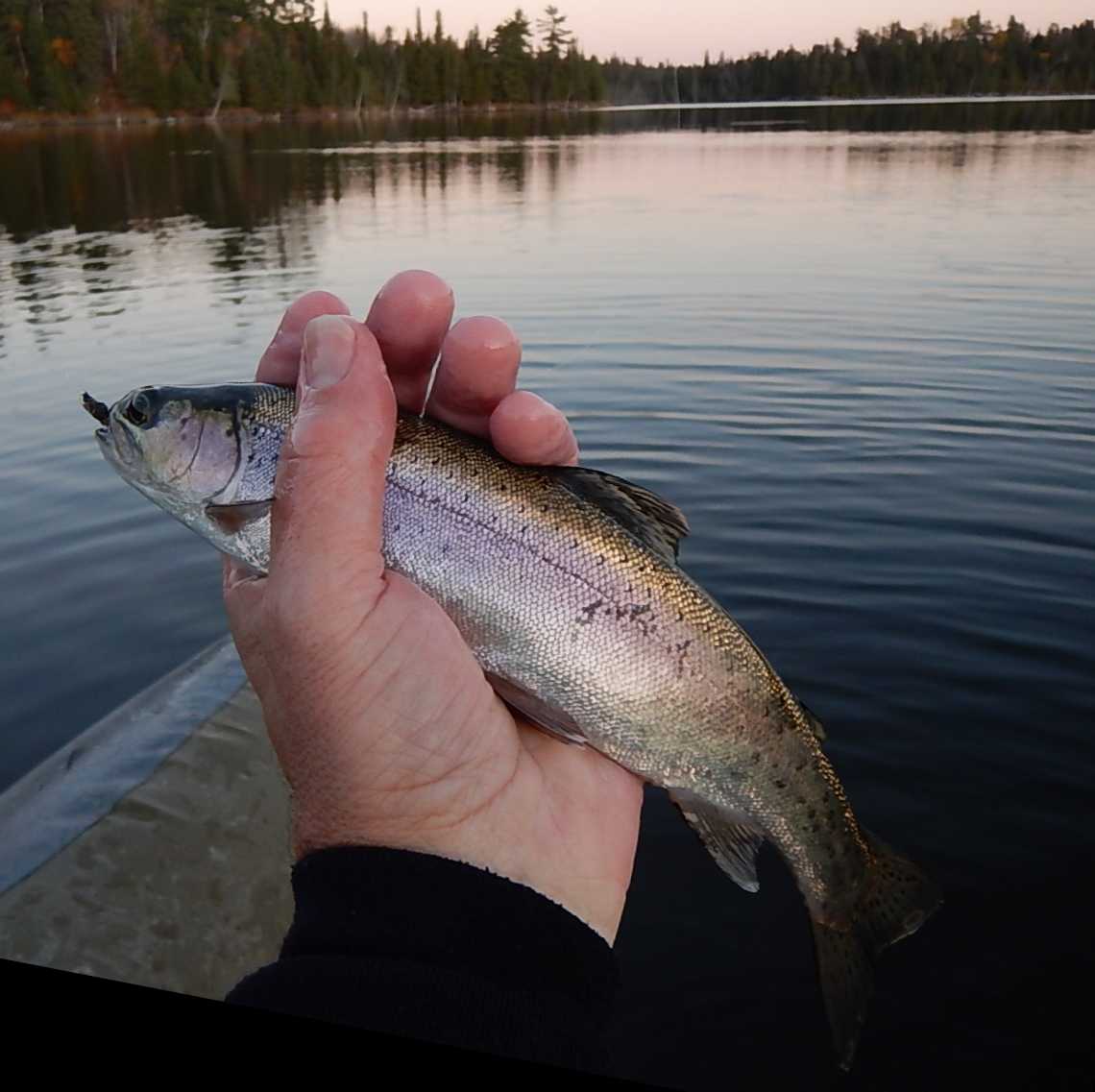 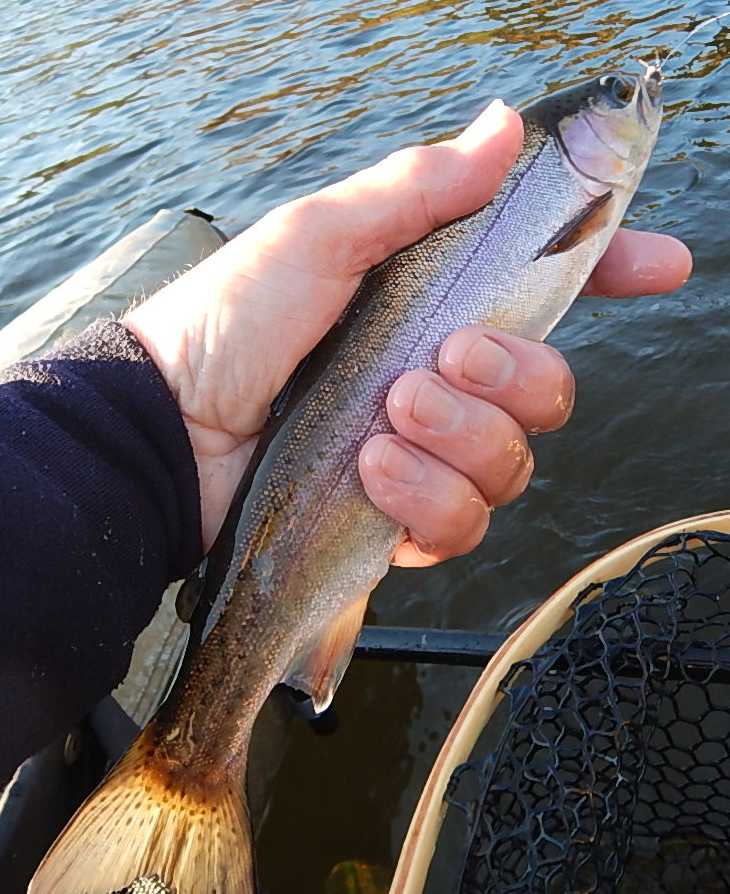 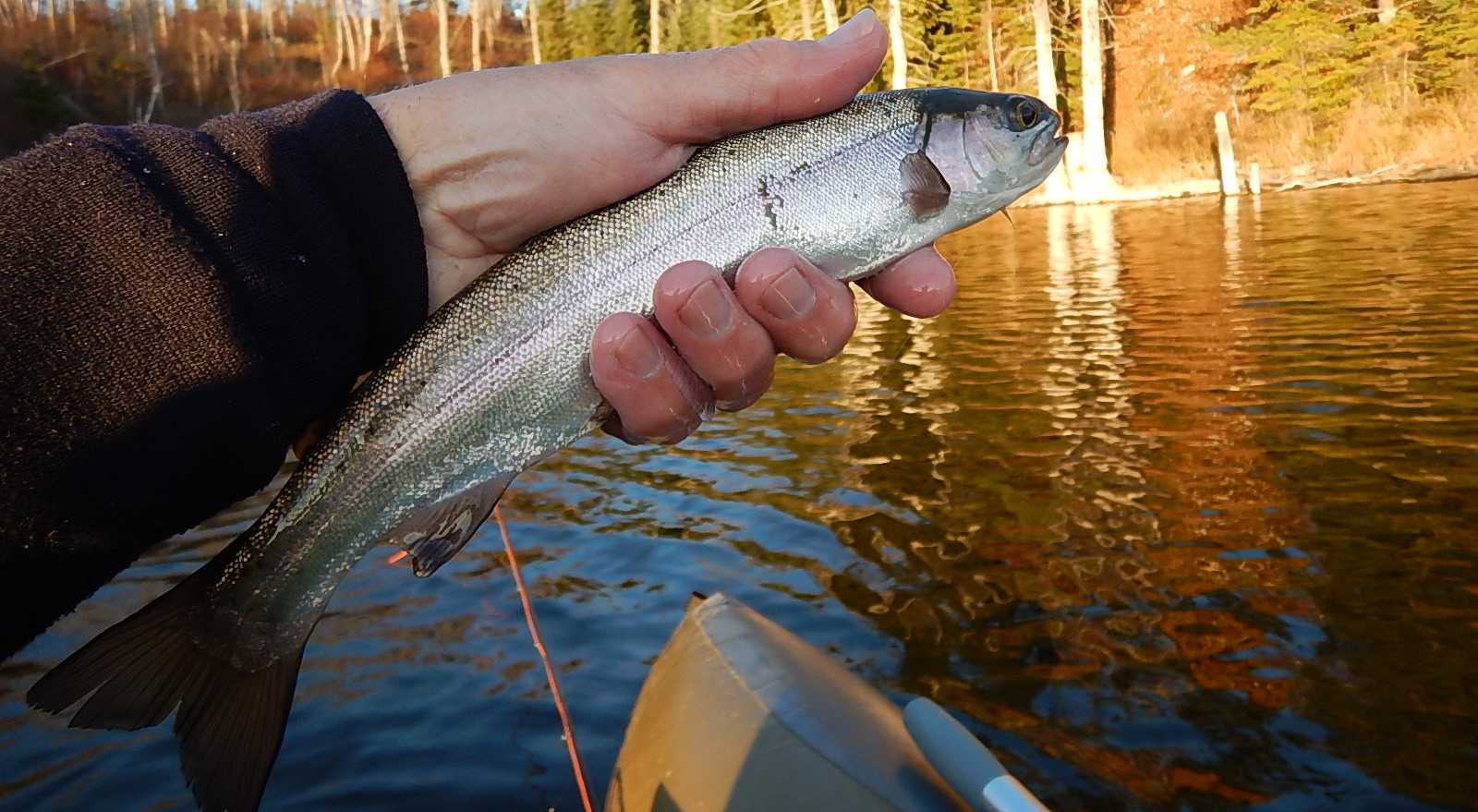 Most fishers and all fly fishers know that fall is a great time to get out there. The water temps are predictable based on night time lows and the fish are ‘putting on the feed bag’ as they say.  While the fish are bulking up they may not be on those same spots they where early summer. As the weeds thin out and the water clears, so does the location and types of forage.

Another thing about fall is the weather, it can be a foul rainy day with a north wind or, like yesterday, a glorious combination of sun, light breeze, intermittent clouds and decent fishing.

I headed out to a stocked trout water east of the city. It is just over an hour away so I was in great shape to leave at a civilized time and get back for my son’s concert.

The day was literally the ‘good to get out’ type and the fish were a bonus. Decent fall colours abounded on the water and the drive.

5 fish to hand, 3 lost at the boat and about 5 hook ups and tussles including one big rainbow.

Here are the pictures. 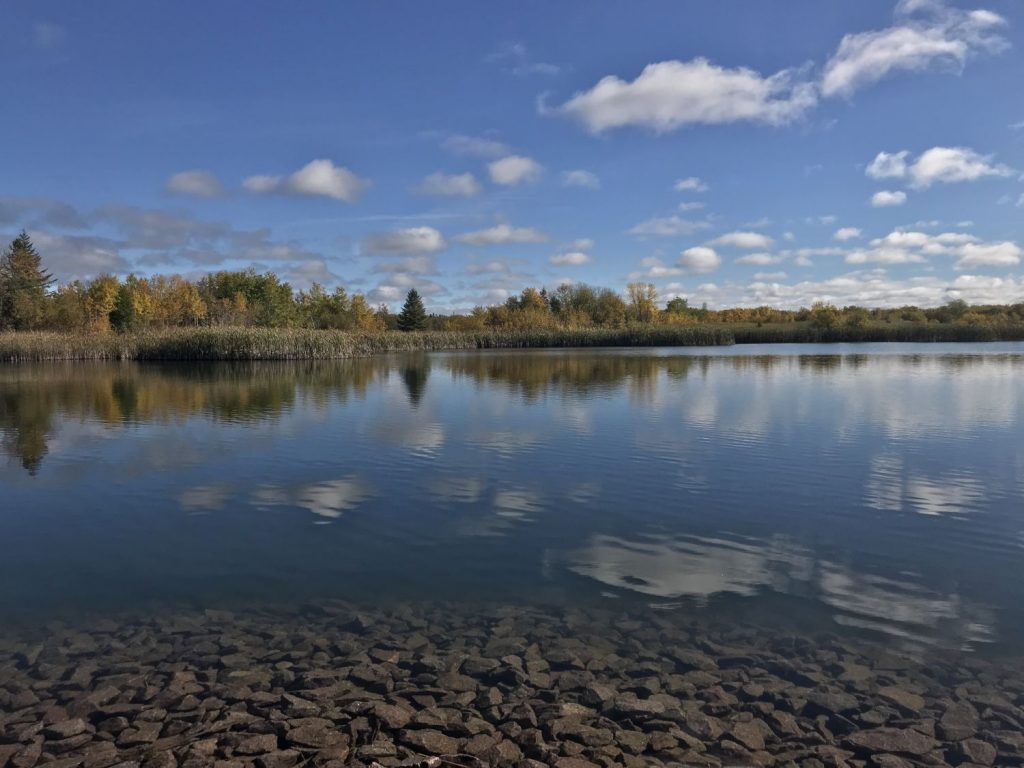 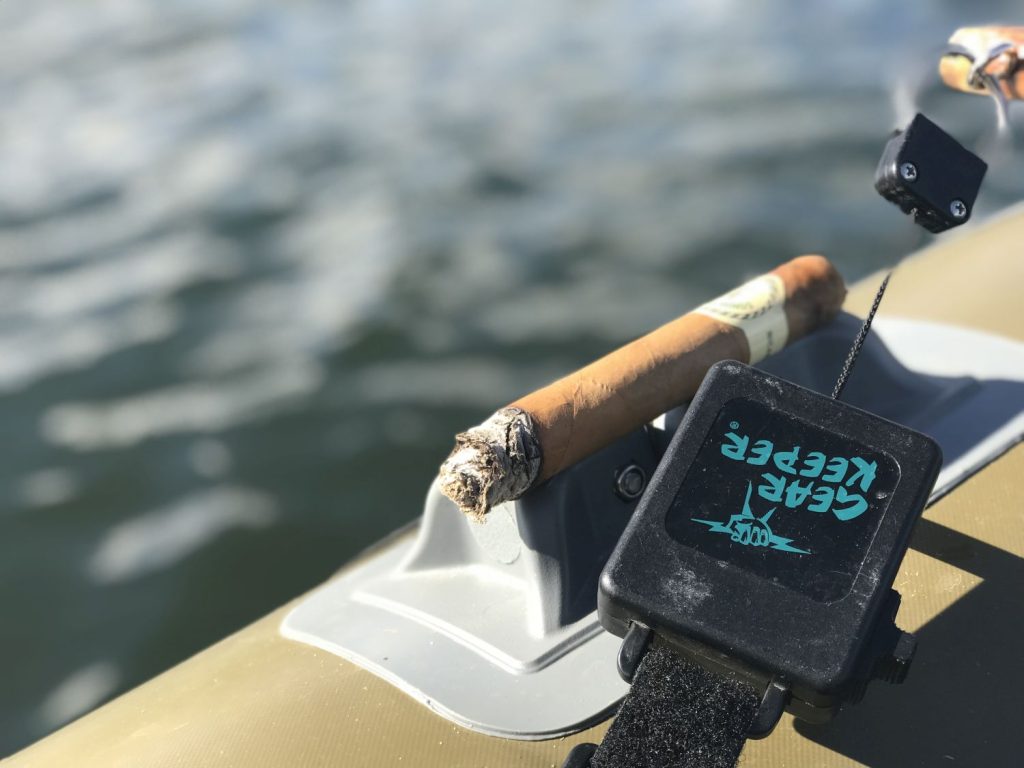 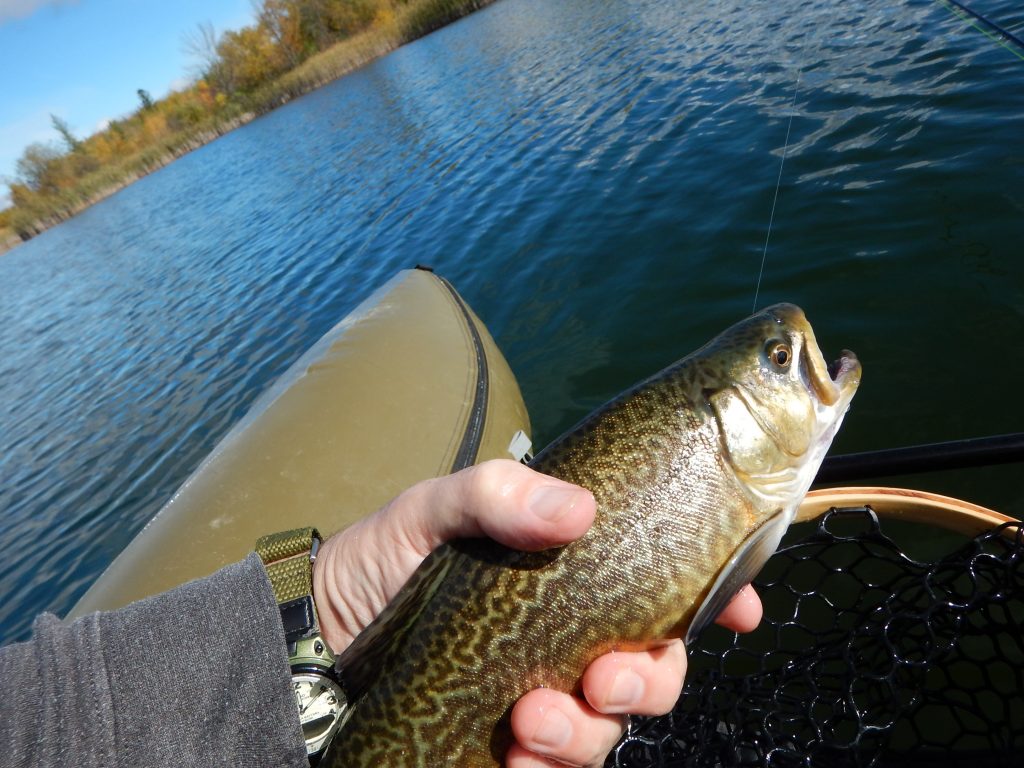 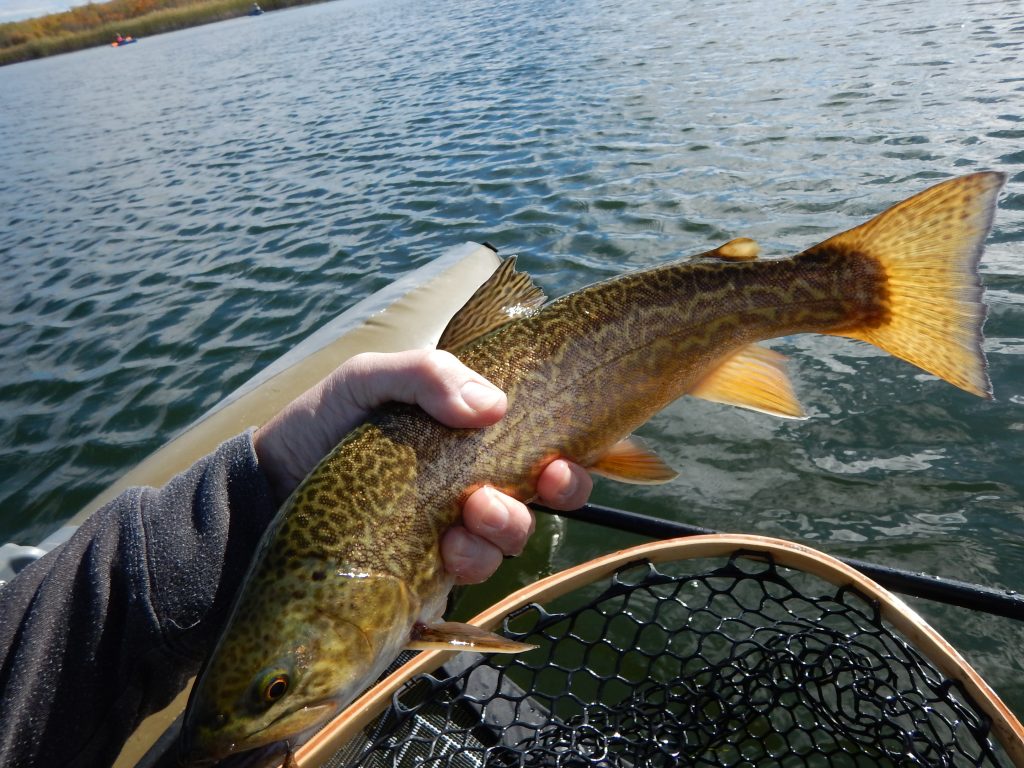 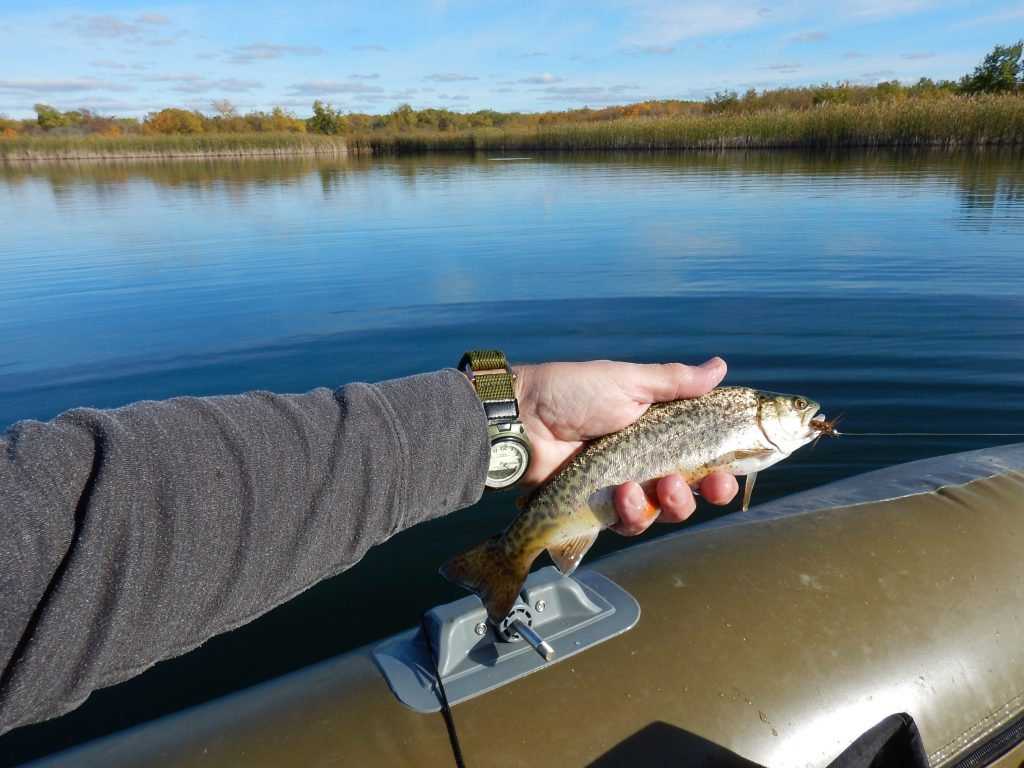 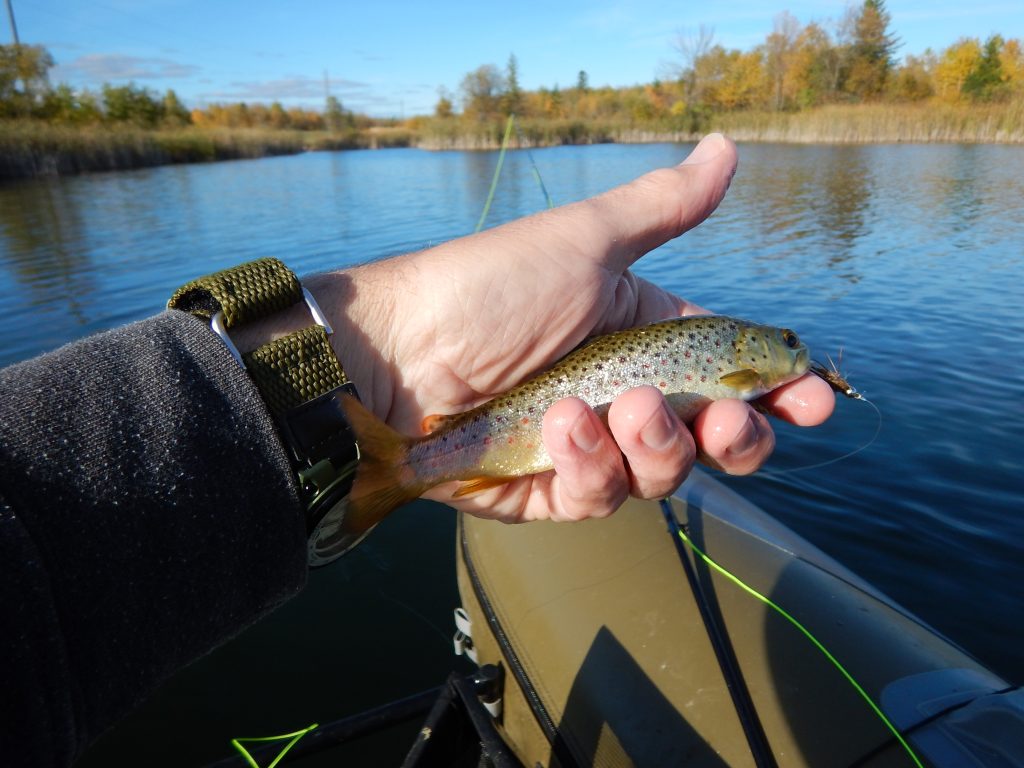